Noah Lyles was certain that he had just finished the most successful race of his life, and possibly the most successful 200-meter race ever run by an American. He was so far ahead of the other competitors when he crossed the finish line in the final event of the World Athletics Championships on Thursday evening that he turned to face his only real competitor: the clock.

The on-field clock, on the other hand, insisted on showing Lyles’ unofficial time of 19.32 seconds for several tense minutes. The timing would have been enough to pique the interest of any other runner in the world, but it was also the same time that Michael Johnson set in the 200-meter event at the 1996 Olympics in Atlanta. It has appeared to be invincible since then. Until this point.

Lyles, who was 25 at the time, stood there staring with his hands on his hips. He approached the clock at Hayward Field in Eugene, Oregon, and spoke with it.
Later, while joking with reporters, he explained, “I was telling it to give me some leeway, you know?” “How is it going to show the same time, 19:32? Make the necessary changes.”

As he crouched closer to it, he wondered if all of his efforts would be in vain. Lyles set his sights on breaking the record the following summer after returning home from the Tokyo Olympics with a bronze medal. Everything came together for Lyles in Oregon, where he took advantage of a strong start to take the lead in a race with a large crowd cheering him on.
After the race, Lyles appeared to be having a heated argument with the clock while standing on the track. Two things happened when he eventually turned his back and walked away. The clock’s digital display reduced his time by one hundredth of a second, bringing it to 19.31. The magic was in the name: “Official” was emblazoned across the top.

The joyous celebration of Lyles being proclaimed the quickest American athlete to ever compete in the 200 metres erupted into an uproar as the televisions located throughout the stadium were brought up to date with the official time. His moment arrived as a large portion of his family gathered to cheer him on. Lyles recited the family tree after some time had passed: “Mom, stepdad, sister, brother, dad, stepmom, uncle, and grandma.”
The United States of America swept the men’s 200-meter race, with Erriyon Knighton, 18, taking bronze and Kenneth Bednarek taking silver. The new record was the cherry on top.

It had been a long time coming for Lyles’ deliverance. He has made it a point to be open about the challenges he has faced, such as asthma, in order to train and compete. He claims that treatment helped him overcome depression, and he makes an effort to help young children pursue track even if they lack the financial resources.

Lyles, on the other hand, ran faster than anyone else in the world on Thursday night, setting a new gold standard for track in the United States. He has firmly established himself as one of the fastest men in the history of the planet. Only two other Jamaican runners, Usain Bolt and Yohan Blake, have been able to beat his time of 19.31 seconds.
Johnson, who was working as a commentator for BBC Sport at the time, was present to see his record fall. He went out of his way to congratulate Lyles personally.

“To be honest, I didn’t expect him to come down,” Lyles replied, a broad grin on his face.

However, Johnson did. As a result, his record finally improved. 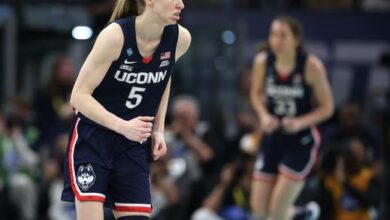 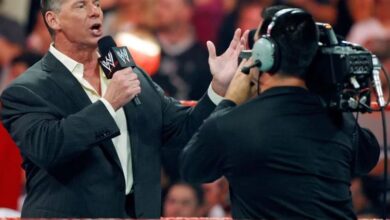 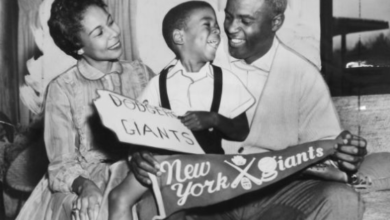 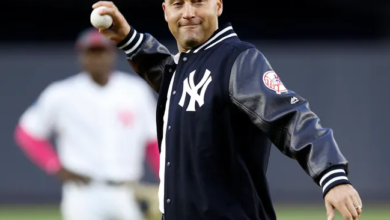