The model  Kendall Jenner did not hesitate to play jokes on her sisters and her own mother to collaborate in a video with another of her sisters, Kourtney Kardashian, which the 25-year-old did willingly.

Kendall was challenged by her sister to send messages to the Kardashian-Jenner family chat and announce that she was engaged and the young woman, who is in a relationship with NBA player Devin Booker, accepted the challenge.

The first one to seem itchy was Kylie Jenner, who immediately video-called her sister. Only it hadn’t sneaked in.

“Kendall, you’re lying,” Kylie said, as Kendall showed the diamond ring to the camera. “First of all, it doesn’t look good on you,” said the clever Kylie, as the ring Kendall was wearing was too big for her.

The one who didn’t take it well was Khloe: ” That’s so stupid, why are you doing that to us? ” Asked the sister.

And to the reactions of her sisters, Kourtney could only say amused: “Well, at least we know that you will be excited when the day comes .”

At last, the trolling came to his mother, the matriarch of the clan, Kris Jenner. He called her to inform her of his pregnancy.

“I haven’t had my period in a while and I was supposed to have it like last week, so I got nervous and did a random test and it came out positive. So I got another one and that one was positive too and I’m literally down. about to cry, “Kendall would say to her mother.

The woman, surprised, told him that that same night she had dreamed of pregnant Kendall. “I’ll get dressed and go over there, ” Kris said on the phone as Kendall and Kourtney tried to stifle their laughter. “Kendall … you have to do what your heart tells you. I think it’s great news, but I’m your mom,” the woman said.

“Oh shit,” Kris was saying. ” Okay, I’ll go put the champagne back on the ice, ” said the mother, taking it well.

Melyssa Pinto, on her fight against anorexia and bulimia 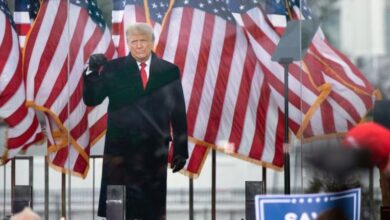 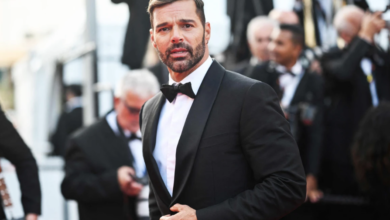 Ricky Martin and his Nephew have no Romantic Relationship.

Miami wants to become the culinary “Garden of Delights”