According to a Rutgers study, eating more protein when dieting improves meal choices and prevents the loss of lean body mass.

The quality of the person’s food choices is significantly impacted by even a small increase in protein intake, from 18 percent to 20 percent of their total caloric intake, according to a review of pooled data from numerous weight-loss trials conducted at Rutgers.

The research was released in the medical publication Obesity.

According to Sue Shapses, author of the study and professor of nutritional sciences at the Rutgers School of Environmental and Biological Sciences, “it’s somewhat remarkable that a self-selected, slightly higher protein intake during dieting is accompanied by higher intake of green vegetables, and lower intake of refined grains and added sugar” (SEBS). “But that’s exactly what we discovered,”

The researchers also discovered that the dieters saw a lower loss of lean body mass, which is frequently connected with weight loss when their protein intake was moderately increased.

Dieters who follow calorie-restricted weight-loss plans frequently cut back on the consumption of nutritious meals that contain micronutrients like iron and zinc. Higher protein intake is frequently linked to healthier outcomes, but the relationship between protein consumption and food quality is not well known, according to researchers.

According to Anna Ogilvie, co-author of the study and a doctorate student in the Department of Nutritional Sciences at Rutgers SEBS, “The impact of self-selected dietary protein on diet quality has not, to our knowledge, been explored before, like this.”

Because meal quality in the United States is frequently subpar and higher-protein weight reduction programs are common, it is crucial to investigate the relationship between protein intake and diet quality.

Over 200 men and women who took part in clinical trials at Rutgers financed by the National Institutes of Health over the course of two decades provided the data. The Institute for the Advancement of Food and Nutrition Sciences in Washington, D.C., provided funding for the review of food records and evaluation of diet quality for this study.

Participants ranged in age from 24 to 75 and had body mass indices than indicated either overweight or obesity. Over the course of a six-month period, all participants were urged to lose weight by adhering to a 500-calorie-deficit diet and attended frequent meetings for nutrition advice and support.

Based on recommendations from the American Diabetes Association and the Academy of Nutrition and Dietetics, the participants received nutrition counseling. Lean protein foods like poultry, unprocessed red meat, fish, legumes, and dairy should make up 18% of their daily calorie intake, and the remaining calories should be consumed in the form of fruits, vegetables, and whole grains. They were told to avoid eating processed cereals, sugar, salt, and saturated fats.

The study’s finding is:

In the Department of Nutritional Sciences at SEBS, Yvette Schlussel and Lingqiong Meng are two other Rutgers researchers who contributed to the article.

Watch as Devin Booker and Kendall Jenner Reunite After Their Breakup 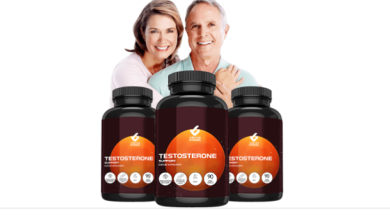