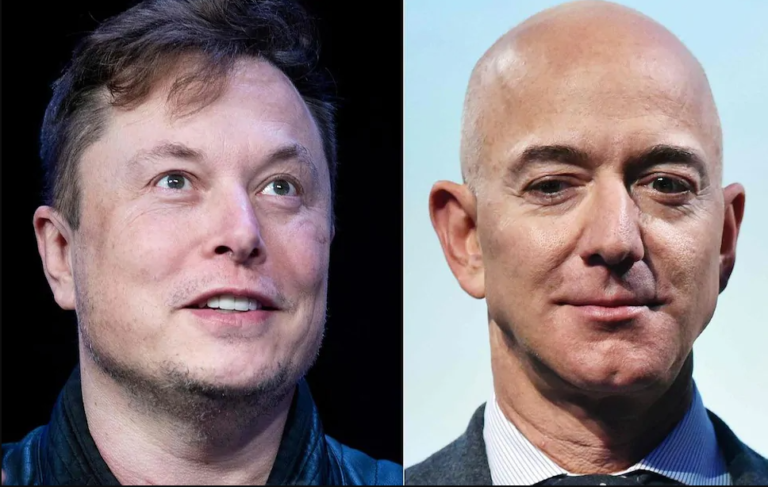 The tone is mounting between Elon Musk (SpaceX) and Jeff Bezos (Amazon), competing for their constellations of low-orbiting satellites, supposed to provide high-speed internet from space.

“It is not doing the public a service to paralyze Starlink for the benefit of Amazon’s satellite system which will not be operational for years at best,” Tesla boss Elon Musk tweeted on Monday, but also space company SpaceX.

The latter, founded in 2002, has put into orbit several hundred satellites to form the constellation “Starlink”. SpaceX is asking the US regulator for permission to move them to a lower orbit.

But Amazon opposes this request, which would bring Elon Musk’s satellites into the orbit of his “Project Kuiper”.

The e-commerce giant in July obtained approval from the authorities to deploy a constellation of more than 3,000 satellites in low orbit, which must provide connectivity to areas currently not covered anywhere in the world.

“The facts are simple. We designed the Kuiper system to avoid interference with Starlink, and now SpaceX wants to change the design of their system. These changes not only create a dangerous environment in terms of the risk of collisions in space, they also increase radio interference for customers, ”responded Tuesday an Amazon spokesperson.

“Despite what SpaceX is saying on Twitter, it is the changes proposed by SpaceX that would cripple competition between satellite systems. It is clearly in their interest to stifle the competition if they can, but certainly not in that of the public, ”he continued.

According to a letter from SpaceX to the Federal Communications Commission (FCC), the desired changes would not interfere with rival satellites. The company also accuses Amazon of “suffocating the competition”.

On Sunday, it announced that it had put into orbit a record number of satellites using a Falcon 9 rocket – 133 commercial and government satellites, and 10 SpaceX satellites.

Amazon for its part planned to invest $ 10 billion in its “Project Kuiper”. The group did not give a timetable, but expected to begin the deployment of its 3,236 satellites soon after the approval of the FCC.

Elon Musk, boss of premium electric vehicle maker Tesla, temporarily became the richest man in the world in early January, overtaking Jeff Bezos thanks to the Tesla stock surge. The two men are competing for this place neck and neck following the development of their respective companies on the stock market.