Robyn Griggs, best known for her roles in the soap operas Another World and One Life to Live, died recently. She was 49 years old.

The actress passed away on Saturday, according to an announcement made on her Facebook page. She was undergoing cervical cancer treatment and was open about her health issues on social media. Griggs only posted a month ago that she had been informed that she had been diagnosed with four additional tumors.

Griggs made her One Life to Live debut as Stephanie Hobart in April 1991 and appeared in a total of six episodes during her tenure on the show. She first appeared on Another World as Maggie Cory in 1993, and she played the character for a total of two years.
She got her start in show business on Nickelodeon’s Rated K, a show that aired from 1986 to 1988 and featured young people giving their thoughts on various films. She was born in Tunkhannock, Pennsylvania, on April 30, 1973, and began her career in children’s theatre productions.

She stated this in a 2021 interview with Call Me Adam, saying, “I think acting on the operas gave me so much discipline.” “I feel like it helped me realize that I can try any role if I take the time to understand that specific character,” she said. “The experience taught me that I can take on any role.”

Griggs was diagnosed with stage 4 endocervical adenocarcinoma in 2020, according to her Facebook page, and she entered hospice care just days before her death. In a previous interview, she stated, “I love to laugh; it’s my way of surviving,” and as a result, she made sure to find something hilarious to think about while undergoing cancer treatment during the epidemic. “Depression is a terrible thing, and I experience it at times, but I remember… I’m still here.” 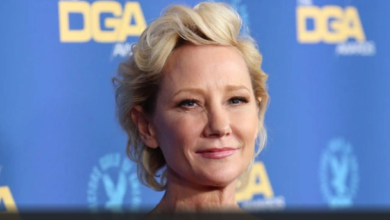 Life support has been turned off for U.S. actor Anne Heche 9 days after the Accident