Like every year, Impacto Latino joins the great celebration of Dominican Heritage Month and commemorates the milestones of Dominican history and culture, but above all, it pays tribute of sincere appreciation and affection to the community in which it began its journalistic activity fifty-five years ago, in the popular neighborhood of Washington Heights.

New York is the place with the highest concentration of Dominicans outside the island and the one with the greatest Dominican presence in the entire United States, therefore, every year beginning, from January 21 to February 27, the city dresses in body and soul with the colors of the Dominican flag, to live the main celebrations of the Dominican Heritage Month.

The celebrations in the Dominican Republic are known as Mes de la Patria and in New York City they adopted the official name of Dominican Heritage Month in New York, by executive order on January 21, 2016, by then-Mayor Bill de Blasio. , thus designated an entire month in honor of the culture, contributions, and traditions of what is, to date, the largest immigrant community residing in the city.

The celebrations of Dominicanness in New York officially begin on Friday, January 21 with the celebrations in honor of the Virgen de la Altagracia and will culminate on February 27 with the celebration of the founding of the Dominican Republic in 1844, in the territories that were originally they were called Quisqueya, a national identification name registered even in the National Anthem.

The Dominican Republic, in order to become the country we know today, went through various processes and celebrates two independences.

After the arrival of Columbus and with the passage of time, he waged several struggles to reject the domination of European empires such as France and Spain, in this process Dominican history recognizes first independence (1821-1822) for which the former governor and Lieutenant José Núñez de Cáceres declared independence on December 1, 1821, requesting admission to the Gran Colombia established by Simón Bolívar.

As Haitian forces invaded the newly independent country nine weeks later and occupied it for twenty-two years (1822-1844), Dominican history recognizes its second independence (1844-1861), a process that began in 1838, when the hero Juan Pablo Duarte founded La Trinitaria, a secret society that fought for Dominican independence and on February 27, 1844, declared independence and approved the country’s first constitution, thus beginning a new stage of freedom.

The history of Dominicans in New York City began in 1613 with Juan Rodríguez, in whose honor a street in the city currently bears his name. Since then, the Dominican community has established itself with several migratory waves and has become the home of the largest Dominican community in the United States, with an accentuated process since the 1960s and a migratory peak in the 1980s.

Washington Heights, -in the northern part of Manhattan-, became the first enclave of Dominicanness, spreading to neighboring neighborhoods such as Inwood, in the Bronx to Highbridge and University Heights, and currently to Corona in Queens.

Among the Latin American communities in New York, the Dominican is not only one of the largest, the motivations and experience of the political struggles in the Dominican Republic has been a basis for the local political activism of Dominicans in New York, where this community has an important government representation.

The Dominican Republic identifies itself as a nation with deep religious roots, which are manifested historically in different aspects that range from music, rituals, and celebrations, to the preparation of a series of exquisite festive dishes that have become a cultural emblem of the great Dominican community.

Indeed, the beginning of the celebrations are marked by the festivities in honor of the Virgin of Altagracia, patron saint of the Dominican Republic, whose mass was held on Sunday, January 16, in the Cathedral of San Patricio.

Unfortunately, this 2022, the death of two officers of the New York Police Department of Dominican descent impacted the celebrations but demonstrated how immersed this community is in the structure of the city, including law enforcement.

The mass to honor the Virgen de la Altagracia has been held in New York since 1973 and is coordinated by a special committee, dedicated exclusively to organizing the celebration.

Our Lady of Altagracia is venerated at a national level, she is the protective and spiritual mother of the Dominican Republic and corresponds to one of the Catholic images of the Virgin Mary introduced from Spain at the beginning of the 16th century, during the mandate of Governor Nicolás de Ovando and Cáceres (1502 to 1509), who transported the image during his expedition to the New World.

The celebrations continue with the commemoration on January 26, of the birth of Juan Pablo Duarte (1813), Father and Founder of the Dominican Republic.

Juan Pablo Duarte was the ideologue and promoter of the independence struggle, who founded a clandestine political-military organization called La Trinitaria, to fight against the Haitian invasion and achieve the independence of his Dominican homeland.

From exile, he supervised and financed the war of independence carried out by his co-ideologists. His liberal vision and his democratic ideals have served as guidelines for most Dominican rulers.

The celebrations have continued with countless artistic and cultural activities throughout the Tri-state area, which have included the celebration of Youth Day, on January 31; National Mangú Day on February 6; the Day of Dominican Folklore on February 10 and that have included the already traditional domino championships, which this year were held on Saturday, January 12 and Sunday, January 13 at the Dominican Sports Club on Amsterdam Ave.

The diplomatic representation of the Dominican Republic in New York, led by Eng. Eligio Jaquez, Consul General, has not only joined the celebrations by offering information on various cultural activities.

It has also organized several activities including a virtual conference “National Independence: 178th anniversary” by Ambassador Amaury Justo Duarte, which was held on February 1, and on February 16 the conference Contributions, art and culture, Dominicans of the diaspora offered by Iván Dominguez.

Activities are carried out in all the counties and the elected officials of New York actively participate in the festivities of the Dominican community, which have included multiple recognitions of Dominicans who contribute to the community at the business, community, and political representation levels, particularly highlighting the new city officials of Dominican descent such as the current Brooklyn Borough President, Antonio Reynoso

The celebrations, which convey the well-known joy of the Dominican community, have had great visibility, particularly where the majority of Dominicans are found, which is in the Bronx and Upper Manhattan, but which is growing and spreading to Latino neighborhoods. in Corona, Queens, and Sunset Park in Brooklyn.

The Dominican presence is the largest of all Latin Americans in political representation in all instances of the municipal, state, and the federal government of New York City, headed by Congressman Adriano Espaillat, originally from Santiago de los Caballeros, who works as a senator in New York since 2011 and is in history, the first Dominican to be a representative in the United States House of Representatives.

Another prominent Dominican from New York is Ydanis Rodriguez, the current commissioner of the Department of Transportation, this native of Santiago who migrated to New York at the age of eighteen was a promoter of the creation of the CUNY Center for Dominican Studies, of the naming of Juan Rodríguez street and served as a city councilman for more than a decade.

Dominicans carry a strong sense of political struggle for the internal processes in the history of the island and that legacy is manifested in the innumerable representatives in the government and in the local bureaucracy, but it extends to vital sectors of the economy such as small, medium and large companies, transportation, health services, and the hospitality and food industry, among others.

New York lives the Dominican celebrations in all its counties, but it also offers an opportunity to get to know it more directly, for this reason, all Argentines, Chileans, Ecuadorians, Peruvians, and Uruguayans should be reminded that they do not require a visa or a tourist card to enter the Dominican Republic, which is why they are in time to celebrate the Homeland Month in the very birthplace of Duarte. 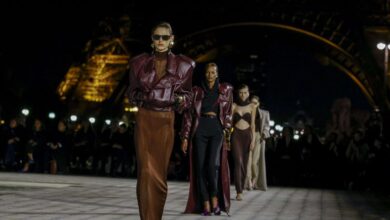 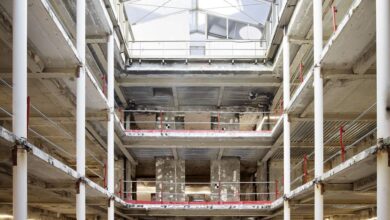 Exploring the making of a mammoth project at Maison Cartier 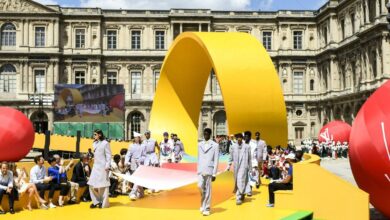 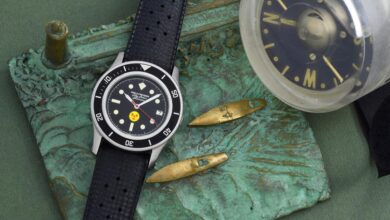